On a high from the World Jersey Tour

Mark Gorst, feeds back from the World Jersey Tour at The High Farm, Carnforth. 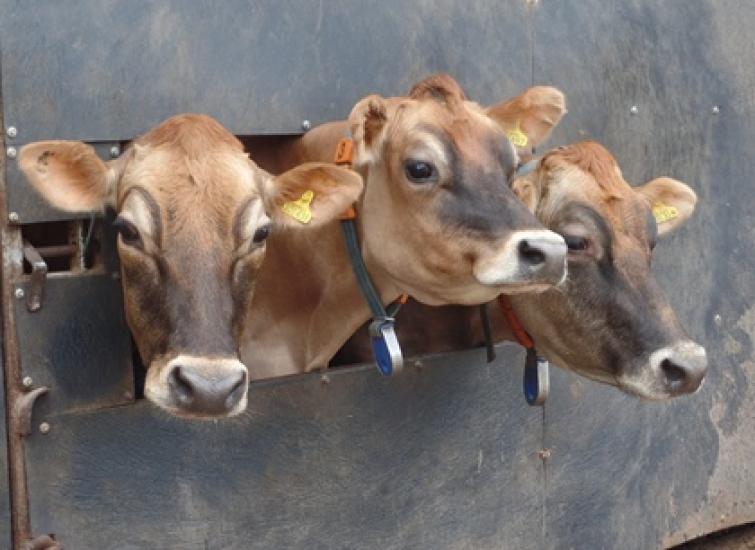 In June, the World Jersey Cattle Bureau toured Ireland, the UK and the home of the Jersey cow, Jersey Island. The tour was not only a celebration of the Jersey cow but, a chance to mark 150 years of the Jersey Herd Book, the oldest Dairy Herd Book in the world. Farmers from across the Americas, Australasia and, Europe came togother to visit some of the best Jersey herds in the UK & Ireland.

On Wednesday 15th June, the tour visited the Pye family to view their impressive Bayview Jersey herd. The herd based near Carnforth, Lancashire was established at the High Farm in 2004 having replaced their pedigree Holstein herd. Milk is sold to Dewlay Cheesemakers of Garstang who specialise in Lancashire cheese.

Having been warmly welcomed to join the Pye family as they hosted the tour, it was an opportunity to demonstrate to the visitors, the areas in which Advanced Nutrition are working with Geoff, Deb, Matthew and Sarah to help them move their farm forward.

The dry cows at the High Farm are housed all year round on straw yards, where they are fed a TMR diet of grass silage and wheat straw.

It's well documented that Jerseys are more susceptible to metabolic disorders than Holsteins at calving. Prior to us getting involved Matthew Pye explains "We ended up treating every cow with calcium before, during and after calving. Once the cows had calved they were slow to get going and would spend up to a week post calving in the straw pen before being ready to re-join the herd".

We introduced a new dry cow management system in 2013 and added a supplement called X-Zelit, to the diet two weeks prior to calving. X-Zelit stimulates the cow's own hormonal system to allow better control of calcium throughout the transition period. The supplement is fed as DC X-Zel, a wheat and soya based unmineralised nut.

"DC X-Zel has definitely reduced the worry that surrounded calving with only two milk fever cases since we started using it. The cows recover much quicker and are able to return to the main milking group within six hours of calving" Matthew Pye.

The table below shows how X-Zelit hasn't been just a milk fever preventative, its benefits stretch far wider.

With the milking herd housed all year round, the production of home-grown, quality forage is a priority. In 2015, 25 acres were replaced as part of the reseeding plan. The VersaMax Meat & Milk mixture was chosen as the ley is suitable for a wide variety of soils and will tolerate the annual rainfall in the Lune Valley (65-70 inches). This persistent dual purpose mixture produces an excellent quantity and quality grass ley. It's designed to last for three to five years and can be overseeded in the final year to extend its life further.

I was asked to be involved in development of the youngstock in April. Following a thorough assessment of the heifers, the Advanced Heifer Rearing Program was tailored to the Pye's requirements and implemented. We are currently weighing heifers on a monthly basis up to 12 months old. The aim of this carefully monitored system is to ensure the heifers grow adequately and hit set targets to maintain the stature of the herd. The Bayview heifers are targeted to calve at 24 months and weigh just over 400kg. To achieve this, the heifers need to grow 0.50kg/day from birth to calving. Their current growth rate is 0.70kg/day. The chart shows the last 3 months weights against target for the heifers at The High.

Since we introduced the program in April, the diet has been simplified and cost removed while growth rates have increased. The average daily saving per animal is approximately 14p. Over the full growing period this equates to £100 per head. 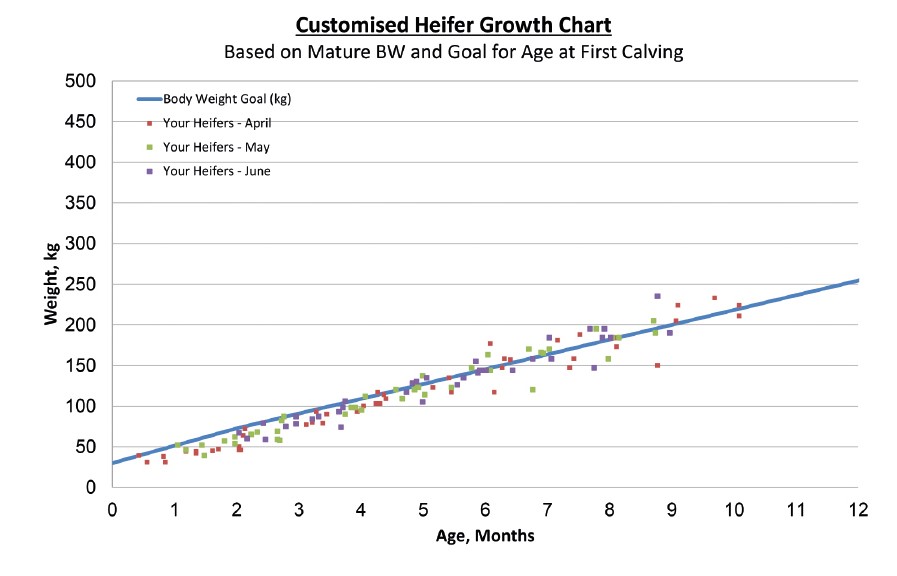 Amid difficulties within the dairy sector globally, there was great optimism and passion amongst the Jersey delegates at The High Farm. The day provided a fantastic opportunity to open up conversations on farming practice with farmers from across the world. The Bayview herd is a credit to the Pye family and all the hard work they put in.

It doesn't need to get too hot to affect Dairy Cows. Here's some practical tips to help prevent Heat Stress to help… https://t.co/EQKHeKkEIb | Advanced Ruminant Nutrition 1 day, 2 hours ago

Nearly 40% of housed cattle in the UK could be affected by lameness! Why not take a look at our Advanced Mobility d… https://t.co/E8BoDWohJ8 | Advanced Ruminant Nutrition 1 week ago

Paul Savage, UK Head of Agriculture from Arla spoke at our Dairy Workshop. He spoke about sustainability in the sup… https://t.co/QGAlnf9kVO | Advanced Ruminant Nutrition 1 week, 2 days ago

Our farm walk at Smallholmburn Farm was part of our workshop on the future of High Yielding Dairy Herds. As we walk… https://t.co/Dy0K33PFn1 | Advanced Ruminant Nutrition 2 weeks ago