We’re putting behind us a winter that broke through the 500mm rain barrier, one that will be remembered as the second wettest on record, as well as leaving many farming businesses facing tough decisions about how to repair damage to grassland, writes Advanced Nutrition’s Mark Gorst. 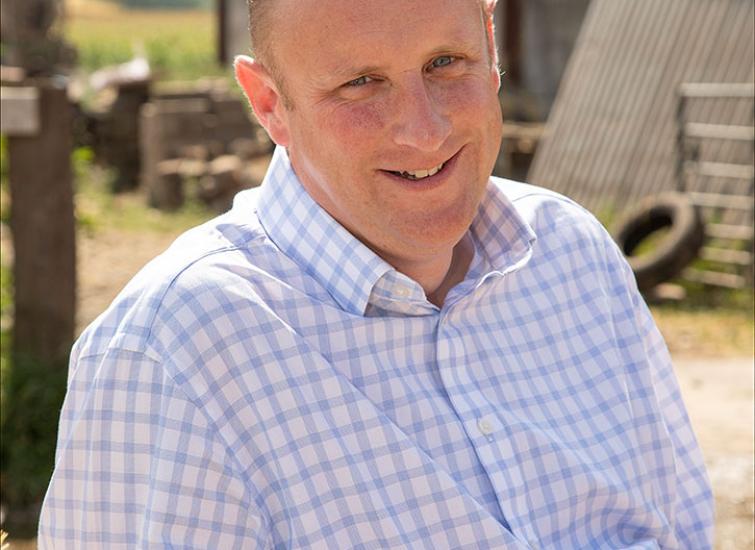 Getting to grips with the nature of the damage and whether or not it will be short or longer term is a priority.

1, First check for leaching of key soil nutrients. If you are unsure, then take soil samples, either by coring in a W pattern and avoiding gateways, headlands and under trees. Send to a lab for analysis.

2, Next, look for compaction. Soils suffering from prolonged rain become sealed - up to 10cm deep, making it difficult for water to permeate through this layer and the plant roots to access oxygen. Further heavy rainfall is likely to result in surface runoff and the chance of more flooding.

Randomly dig inspection holes to the depth of the spade to identify the damage occurred, depth of the compaction area and check how rubbery the sub surface clay is. Waterlogged soils will appear dark and slimy with a blackish colouration caused by a lack of oxygen in the soil. This means the ground will not be able to sustain and promote healthy plant growth as we move into the spring growing period.

Heavily compacted soils will benefit from breaking the pan using a slitter or sward lifter. It may be tempting to do this as soon as the land will let you travel. Whilst it will let air into the soil and remove some of the water burden, smearing and compacting the soil further may result which could have a detrimental impact on field performance over the summer. It would be more prudent to wait until the soil has fully dried to create a shattering effect in the soil structure.

Next assess the state of the remaining plants.

1, Examine root structure; have the plants drowned? Newly sown leys may show almost total loss due to their small root structure and lack of available oxygen under water. Ryegrass will in fact start to show signs of stress after just four hours under waterlogged conditions due to oxygen diffusing through air roughly 10,000 times faster than through water according to research findings. Furthermore, after 10 to 14 days of being submerged in standing water, grass plants begin to suffer and die; different varieties have differing tolerances.

2, Repair. The decision to reseed will depend on a number of factors including age of existing ley and how long can you afford to take it out of production.

Overseeding v reseeding? It depends on the age of the area and percentage of damage to it. If it is an older ley that has suffered in excess of 50% damage this would be replaced in the near future, so it will pay to reseed now. If patchy with around 20% loss, then consider overseeding those specific areas.

Finally, carefully choose plant varieties that will tolerate the ground conditions for persistence and total yield. If the ground is to remain at the risk of flooding, then deep rooting grass varieties should be considered, for example chicory or Festuloliums.

It doesn't need to get too hot to affect Dairy Cows. Here's some practical tips to help prevent Heat Stress to help… https://t.co/EQKHeKkEIb | Advanced Ruminant Nutrition 1 day, 4 hours ago

Nearly 40% of housed cattle in the UK could be affected by lameness! Why not take a look at our Advanced Mobility d… https://t.co/E8BoDWohJ8 | Advanced Ruminant Nutrition 1 week ago

Paul Savage, UK Head of Agriculture from Arla spoke at our Dairy Workshop. He spoke about sustainability in the sup… https://t.co/QGAlnf9kVO | Advanced Ruminant Nutrition 1 week, 2 days ago

Our farm walk at Smallholmburn Farm was part of our workshop on the future of High Yielding Dairy Herds. As we walk… https://t.co/Dy0K33PFn1 | Advanced Ruminant Nutrition 2 weeks ago