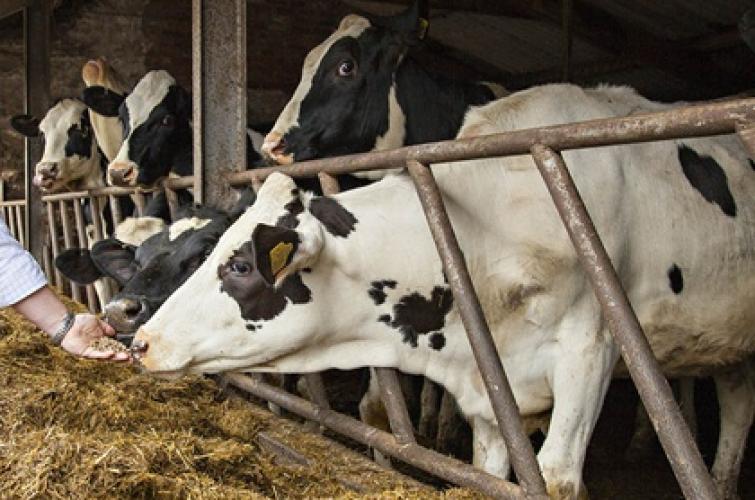 Alex teamed up with Rob Watkins, of Advanced Nutrition, which he identified as being ‘a forward-thinking company where mediocrity is not an option’. “Being target driven in everything we do together keeps me focused; Rob’s understanding of the cow and how more milk from forage doesn’t mean less yield per lactation is key and unique.”

Together, Alex and Rob rolled out an essential nutrition plan to maximize yield from forage – the cheapest form of feed. However, the first year wasn’t without its highs and lows. “We considered what was going to leave the most margin,” Rob explains. “We were targeting 4,000 litres from forage. However, I knew that a lot would hinge on the quality of the forages which Alex had inherited from the previous tenant; we found we had to make up a substantial shortfall with a mixture of moist feed, straw and concentrate within the 7ppl feed budget and 0.35kg/litre feed rate.”

Alex caught the farming bug whilst helping out on a local dairy unit from an early age, then on to Brooksby College where he met Karen. He left with a National Diploma in Agriculture, and set off to gain more practical experience, with the ultimate goal to farm in his own right.

The 20-year journey took Alex from general farm worker to herd manager, including a 10-year foot trimming business along the way. “It took four tenancy applications over a five-year period before securing Fosse Farm, Sapcote, in 2016. We believe we were lucky despite the fact we were entering the industry at a time of huge volatility.”

“We arrived with £140,000 in savings. Within the first 12 months we had tested the soils and water, re-seeded two-thirds of the unit, introduced seven acres of lucerne, upgraded the parlour and cubicles, adjusted the lighting and invested in 70, two-year-old, freshly calved, high health Holstein heifers imported from Luxemburg.” The cattle, now in their second lactation, were tested Lepto, BVD and Johne’s free and vaccinated on arrival.

“We are continually exploring other avenues to boost the business’ cash flow, for example, the herd is currently ‘semi’ autumn block calving, so we’re planning to extend calving to commence in June, and eventually to all year round.”

The Register of Mobility Scorers is industry standard, and our team are trained and on their register.… https://t.co/XAszsxut0u | Advanced Ruminant Nutrition 3 days, 7 hours ago